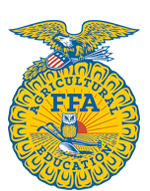 Agriculture Teacher Lance Smith said the team tested over five agriculture topics to win the Upper Cumberland region. Smith said when you get to state, his team had to take a real world problem for a land owner and solve it.

“A guy had 33 acres of land that had a pond, it had a field and some forest area,” Smith said. “He wanted to know how to best maximize the land, while also reducing runoff to the pond and agricultural pesticides and things like that. Then to maximize the use of his timber.”

Smith said this competition builds real-world skills, with the team giving a seven-to-ten minute presentation on how the problem gets solved. He said this simulates the kind of work agriculture agents, soil conservation agencies and others present to real land owners everyday.

“They study this out, they know the area, they know the lay of the land and then it gives good oral speaking and presentation skills,” Smith said. “They give a seven to ten minute speech in front of a panel of judges and prospective land owners. It gets them used to meeting with public, speaking with the public and also knowing what best suits the environment and the land in each area.”

Smith said he was lucky to have a team with public speaking skills from participating in 4-H. However, he said next year is a time to reload his team since four of his five team members are seniors.